The Role of Emotional Intelligence in Supporting the Wellbeing of Doctors 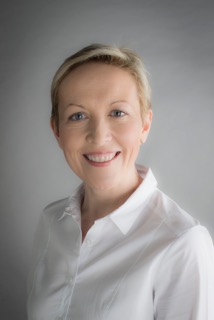 Big thanks to Sandra O'Malley of Enterprise Coaching for this insightful piece for our doctors and private healthcare clients.

The Role of Emotional Intelligence in Supporting the Wellbeing of Doctors

“Doctors must care for themselves and for each other,” is one of the key recommendations from the recent National Study of Wellbeing of Hospital Doctors in Ireland commissioned by the Royal Physicians of Ireland.[1]According to this report, one in three doctors surveyed have experienced burnout and up to 10% of the respondents suffer from severe to extremely severe levels of stress.

With excessive work hours, excessive workloads, complaints from patients and inadequate access to administrative supports,[2] it is not surprising that hospital doctors are experiencing burnout which in turn increases the risk of medical error and patient dissatisfaction.

In the RCPI report, stress was found to be a major factor for hospital doctors with four out of five doctors surveyed confirming significant work stress and with the majority reporting a tendency to over commit to their work.The average working week was found to be 57 hours with only one in five having time for personal or family life due to the commitments of work.It is not surprising that given findings of significant stress and work/life imbalance, there is such a high reported level of burnout.Add to that the finding that 8 out of 10 doctors continue to work when ill or injured and patient safety alarm bells are ringing.

Currently in Ireland, there is a serious issue in terms of poor retention of medical graduates and trainees and it is of interest to note that in the RCPI report, it was found that in general, work stress levels were higher and levels of personal wellbeing lower amongst trainees than in consultants. [3] In a separate study conducted by the Department of Epidemiology and Public Health Medicine in RCSI[4] into the significant level of emigration of health professionals from Ireland, it was found that respondents mainly emigrated because of difficult working conditions with particular reference to long working hours and uncertain career progression.

So how can doctors care for themselves and others, as recommended in the RCPI Report?The answer lies in emotional intelligence which has a powerful role to play in supporting the wellbeing of doctors and it is important that such a role is appreciated by both doctors and hospital managers.

What exactly is “emotional intelligence”?Emotional Intelligence (“EI”) or emotional quotient (“EQ”) can be described as “a set of emotional and social skills that influence the way we perceive and express ourselves, develop and maintain social relationships, cope with challenges and use emotional information in an effective and meaningful way.” [5]

At the heart of emotional intelligence lies awareness, being self-aware, knowing what makes us tick and what enables us to relate well with others.This self-awareness also allows us to see how we make decisions and how effective we are with managing stress.With self-awareness, we can develop the skills of emotional intelligence that will improve our interpersonal skills, decision making ability and stress management skills, thereby increasing our success in both our personal and professional lives.

In terms of interacting well with patients and colleagues, a key component of emotional intelligence is empathy which allows us to understand how others are feeling and to see things from their point of view.Nobody likes being made to feel foolish.We may not agree with the other person but in understanding their viewpoint, it helps us to deal with them in a respectful manner and to articulate our own views in a way that the other person can understand and appreciate.Empathy is like the midas touch that makes all the difference in our interactions with others.As often quoted, “People will forget what you said.People will forget what you did. But people will never forget how you made them feel.” [7] A smile, a greeting, a kind word or a handshake can make such a positive difference to the patient’s experience.It also helps to gain the patient’s trust and facilitates good, honest, ongoing communication.Furthermore, a relationship of trust and openness between doctor and patient can, in some instances, be the deciding factor in whether a patient decides to pursue a claim in the event of an adverse clinical outcome. People who have well developed emotional intelligence are skilled communicators and instinctively know not only what and how to communicate but, very importantly, when to communicate.We hear of so many complaints in healthcare related to poor communication and, specifically, the absence of communication.Emotional intelligence creates an awareness so that doctors know when they need to keep their patients and colleagues informed, thereby increasing patient safety and reducing the risk of error or complaint.

Emotional intelligence is also extremely important at organisational and management level.In 2015, Dr Chris Luke, Consultant in Emergency Medicine, very clearly articulated that emotional intelligence has a vital role to play in healthcare and that healthcare managers should recognise the importance of considering the feelings and motivation of staff and patients when making management decisions in relation to resources etc.[8]The aforementioned RCPI Report also recommended that in making changes to improve patient care, hospital management should consider any impact on employees. [9] Therefore, hospital management needs to ensure that decisions made are not solely financially motivated, but are emotionally intelligent and take into consideration the needs and feelings of staff.

The RCPI Report found that the majority of doctors, being seven out of ten, reported a strong desire to practice medicine[11] which is really positive notwithstanding the other reported findings of stress and burnout.All the more reason then why hospital managers need to recognise and give due consideration to the health and wellbeing of doctors when making decisions that will impact on their ability to perform their duties.

In terms of identifying the type of leadership required, we can look to John Maxwell, an American author who has written many books on leadership and who uses the analogy of sailing when discussing leadership: “The pessimist complains about the wind.The optimist expects it to change.The leader adjusts the sails.” [12] We need leaders in healthcare who have the emotional intelligence and capacity to “adjust the sails” and to make decisions that effectively support the wellbeing of doctors, thereby reducing the reported levels of stress and burnout and enabling the delivery of safe care.

Sandra O’Malley is a coaching consultant with a background in medical law and healthcare risk management.Having previously practiced in defence medical malpractice and having been Head of Legal Affairs of the Royal College of Surgeons in Ireland, Sandra is an experienced healthcare lawyer.As an executive coach and certified emotional intelligence assessor, Sandra coaches clients on a one-to-one basis and also facilitates group workshops and training.She is particularly interested in human factors and their positive application within healthcare.For further information or enquiries, Sandramay be contacted at somalley@enterprisingcoaching.ie.


[1]Hayes, B, Walsh, G, Prihodova, L. National Study of Wellbeing of Hospital Doctors in Ireland commissioned by the Royal Physicians of Ireland; Report on the 2014 National Survey; April 2017, RCPI

[4]Humphries, N., McAleese, S., Matthews, A., Brugha, R., (16, May, 2015) ‘Emigration is a matter of self-preservation. The working conditions...are killing us slowly’: qualitative insights into health profesional emigration from Ireland